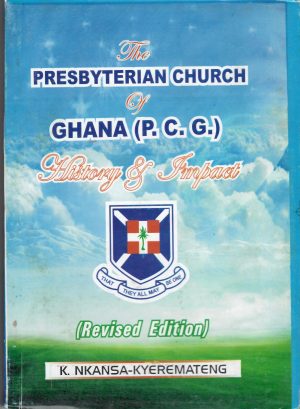 The Presbyterian Church of Ghana (P.C.G.): History and Impact

The Presbyterian Church of Ghana (P.C.G.): History and Impact

Jesus the Christ proclaimed the Great commission at the close of his earthly work in the first century. But it was not until around the last quarter of the 15th century that, according to a Papal arrangement, the Portuguese reached the Ghanaian coast with the Gospel, but with an economic motive which was expressed as follows:

To divert to the coast and hence directly to Portugal the wealth of the gold trade across the Sahara, with the hope that the material gain therefrom would enable Portugal better wage that crusade against Islam.

Later, other European nations followed with Empire-building motives. This involved the natives in fighting European religious wars. This spilled over into Africa as the European nations took colonies.

Development in other parts of the world gave a spark to the buying and selling of humans as slaves. Europe came to regret the trade’s evil effect and, therefore, decided to compensate the bleeding African continent through holistic ministry spearheaded by missionaries.

This book traces how Ghana was colonized and evangelised. It narrows down to the activities of the Basel Evangelical Missionary Society (BEMS). This eventually gave birth to the Presbyterian Church of Ghana (PCC).

A colonial Governor complimented the Mission on the eve of World War 1 as follows:

“The government regards the work of the Basel Mission as incomparably the best in the Gold Coast (GC). It is no exaggeration to say that the Mission makes the G.C.”

The book highlights how the P.C.G. has continued in holistic ministry towards the national wellbeing.

The author Kofi Nkansa-Kyeremanteng who passed on at the age of 70 (in the year 2007) had blue Presbyterian blood running in his veins. He schooled and later taught in Presbyterian Educational institutions. Through his writing and publishing activities, dating back to 1976, Mr. Nkansa Kyeremanteng’s name has won attachment to literature pertaining to the church.

Be the first to review “The Presbyterian Church of Ghana (P.C.G.): History and Impact” Cancel reply

Is There Not A Cause…To Rant?