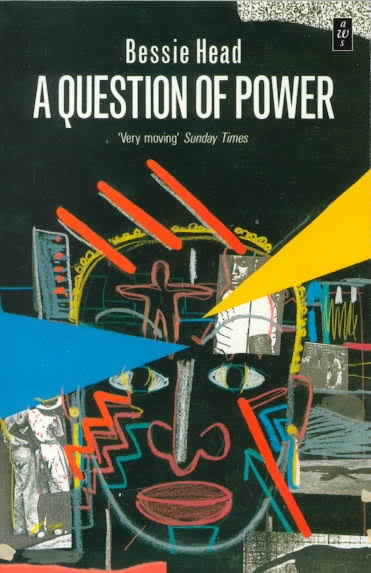 “Your mother was insane. If you’re not careful you’ll get insane just like your mother. Your mother was a white woman. They had to lock her up, as she was having a child by the stable boy who was a native.”

It is never clear to Elizabeth whether the mission school principal’s cruel revelation of her origins is at the bottom of her mental breakdown. She has left South Africa with her son and is living in the village of Motabeng, the place of sand, in Botswana where there are no street lights at night. In the darkness of this country where people turn and look at her with vague curiosity as an outsider she establishes an entirely abnormal relationship with two men. A mind-bending book which takes the reader in and out of sanity.

Bessie Emery Head was born in Pietermaritzburg, South Africa, the child of a wealthy white South African woman and a black servant when interracial relationships were illegal in South Africa. It was claimed that her mother was mentally ill so that she could be sent to a quiet location to give birth to Bessie without the neighbours knowing. However, the exact circumstances are disputed, and some of Bessie Head's comments, though often quoted as straight autobiography, are in fact from fictionalized settings.

In the 1950s and '60s she was a teacher, then a journalist for the South African magazine Drum. In 1964 she moved to Botswana (then still the Bechuanaland Protectorate) as a refugee, having been peripherally involved with Pan-African politics. It would take 15 years for Head to obtain Botswana citizenship. Head settled in Serowe, the largest of Botswana's "villages" (i.e. traditional settlements as opposed to settler towns). Serowe was famous both for its historical importance, as capital of the Bamangwato people, and for the experimental Swaneng school of Patrick van Rensburg. The deposed chief of the Bamangwato, Seretse Khama, was soon to become the first President of independent Botswana.

Her early death in 1986 (aged 48) from Hepatitis came just at the point where she was starting to achieve recognition as a writer and was no longer so desperately poor.

Be the first to review “A Question of Power (African Writers Series, AWS149)” Cancel reply