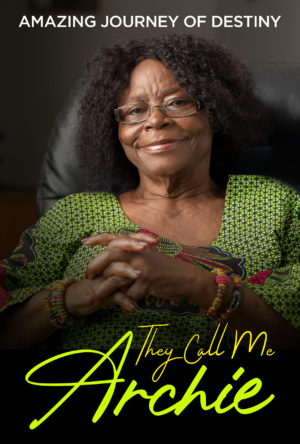 Rosina A. Acheampong
Rated 5.00 out of 5 based on 1 customer rating
(1 customer review)

Rosina A. Acheampong
Rated 5.00 out of 5 based on 1 customer rating
(1 customer review)

ONE FOR THE GIRLS

There are some life stories you just cannot beat. Each time the names of such champions drop, one might as well perform a rite of acknowledgment…any. Their lives have graced hundreds of lives, and hundreds of lives continue to be redeemed through them. They have seen it all. Done it all. They love and they are loved. These individuals have given, and still have more in store.  According to the Canon of the Classics, these persons, even the gods envy.

Rosina Aboagye Acheampong is one such mortal.  From the precocity of her childhood, her dance with life has been one amazing ball of faith … and chance, nay, destiny. These captivating pages reel out the adventures of a pathfinder, a mould breaker and a pacesetter. Yes, her name might be synonymous with Wesley Girls, but be it at the national or community level, to list what she has achieved is to embark on the impossible.

Beautifully, however, Archie the Matriarch does not seem to see the power of her influence. She only wants to give thanks and praise.

Not only does this book make interesting reading, it also gives deep insights into the author and her experiences as one of Ghana’s influential and foremost educationists. It is, undoubtedly, a must-read book! – John Agyekum Kufuor, former President of Ghana

I am yet to hear of any group of students who passed through her hands…who do not remember her with utmost respect and affection. – Professor Ama Ata Aidoo

As the Headmistress, she re-defined the role. Indeed, the personality she brought to the position is irreplaceable and iconic. – Ambassador Evelyn Anita Stokes

Dr. Rosina Acheampong started her elementary education in Pepease on the Kwaku Plateau and entered Wesley Girls’ High School in 1954. She was elected Senior Prefect of the school when she was in Form Five and set a record by holding the position for three consecutive years; in Form Five, Lower Sixth, and Upper Sixth. With her classmates, they were pioneers in the Sixth Form course in Wesley Girls’ High School and they laid the solid foundation of academic excellence which has become the hallmark of WGHS.

She served as Head of the French Departments in all the schools above and as Assistant Headmistress in Tamale Secondary School, University Practice Secondary School and Wesley Girls’ High School.

After sixteen years as Headmistress of WGHS, she was promoted to Deputy Director-General of the Ghana Education service (GES), becoming the first woman to hold this position. She also acted as Director-General.

As Deputy Director-General and as Acting Director-General, she was in charge of the National Education Budget Pre-tertiary. In this capacity she led a delegation to the UK to negotiate for funds to support the first strategic plan for interventions to improve the quality of education in Ghana.

During her time at the GES, she also implemented the genesis of the decentralization of the education delivery in Ghana.

Under her watch, the decentralization structures were put in place and the District Directors of Education (DDEs) were trained and empowered to promote management efficiency. Workshops were organised for district staff to equip them with skills, to educate communities in their responsibilities as stake holders in education.

District Education Oversight Committees (DEOCs) were formed and School Management Committees (SMCs) were introduced. She travelled the length and breadth of the nation to monitor the progress of the decentralization process. She also set up the Implementation Co-ordination Unit at GES Headquarters to reduce duplication and fragmentation of intervention strategies being offered by development partners.

Upon her retirement, she was appointed by GES as a decentralization support and consultant to ensure continuity and sustain momentum and to help entrench the numerous initiatives she had presided over.

In retirement and as support and consultant to DFID/MOE (Department For International Development/Ministry Of Education) she travelled from Cape Coast to Tumu, from Keta to Wiawso to visit schools in remote areas, to monitor grassroots participation and to support Head Teachers and teachers in supervision and monitoring of instruction.

An inevitable consequence of her participation in education has been the opportunity to address issues of gender inequalities in education and society at large. As a gender consultant and a member of FAWE International (Forum for Women Education) and FAWE Ghana Chapter, she has participated in numerous workshops to plan advocacy strategies to protect and empower the girl child.

She organised workshops to educate girls on maturation and how it affects their bodies and habits. She embarked on research into the role menstruation plays in the drop-out rate in girls and how maturation affects their enrollment and persistence.

Workshops, seminars, talks and school visits were organised to sensitise school authorities, housemistresses, teachers and students – especially boys – to raise their awareness of the plight of the girl child.

Dr. Acheampong seeks to rally support of all concerned for the girl child to make the school environment girl friendly, to help the girls to be focused. Through mentoring, she and her team helped raise the self esteem of the girl child to maximise opportunities offered them.

She and her team visited schools in the most remote areas of the country to monitor the progress of beneficiaries of the scholarship scheme for needy girls, funded by the American Embassy and administered by the Peace Corps and FAWE Ghana Chapter.

For Dr. Rosina Acheampong, education is a life-long preoccupation and education of the girl child is a passion.

When she retired in 1999, the University of Ghana, Legon, awarded her LLB (Honoris Causa) in recognition of her immense contribution to secondary school education in general and girls education in particular.

“As a teacher, as Headmistress, as a school Administrator and manager she has touched many lives, she has made many great and has produced many prominent women and men.”

Indeed, Dr. Acheampong‘s achievements chronicles the journey of a nation from Gold Coast to Ghana as well as representing a period of huge changes in social norms, values and attitudes, that has brought great benefits as well as challenges. In all of this she has not been only a witness but a moderator to navigate young minds towards becoming responsible human citizens, for that her endeavors are worthy of study.

In her retirement Dr. Acheampong spends her time baby-sitting her grandchildren and globe-trotting. Her favorite hobbies are dress-making, experimenting with recipes and cooking; she also enjoys reading and music.

She has a son and two daughters and four adorable grandchildren.

1 review for They Call Me Archie: Amazing Journey of Destiny

From the Hut to Oxford: The Autobiography of the Most Reverend Peter Kwasi Sarpong (Hardcover)

The Right Stuff Comes In Black Too (Hardcover)

Money Brain: Career and Money Management in Your 20s and 30s

Career Advantage: A Guide for Employees and Employers

No Road Signs, No Manuals: My Journey Through Life