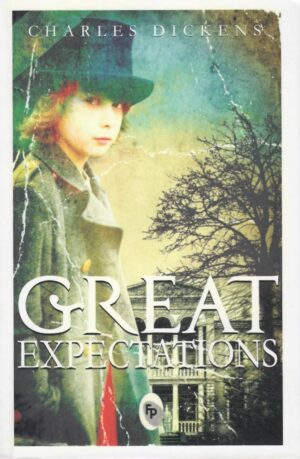 “I loved her against reason, against promise…against all discouragement that could be.”

Taken to the Satis House by his Uncle Pumblechook one day, Pip, a young orphan, meets a wealthy, eccentric spinster, Miss Havisham and her beautiful, cold-hearted ward, Estella. Pip instantly falls in love with her. But in the days to come, he is constantly reminded that Estella is heartless.

“You must know,” said Estella, condescending to me as a brilliant and beautiful woman might, “that I have no heart..”

Apprenticed as a blacksmith with his brother-in-law, Pip yearns to become a wealthy gentleman in order to be worthy of her. and when he learns of the expectations from a secret benefactor for him to be trained in the gentlemanly arts, he goes to London. As a series of events follow, including Estella’s marriage to the brutal nobleman, Bentley Drummle, will Pip and Estella ever unite?

Set in the early Victorian England, Great Expectations mirrors scenes from Dickens’ own childhood. Rich in imagery, this Bildungsroman traces Pip’s journey of self-discovery and self-improvement from childhood to maturity.

First serialized in All the Year Round, Dickens’ weekly periodical, Great Expectations was published in the novel form in 1861. it has not only been adapted into films but has also influenced a number of writers and continues to receive universal acclaim.

Be the first to review “Great Expectations” Cancel reply