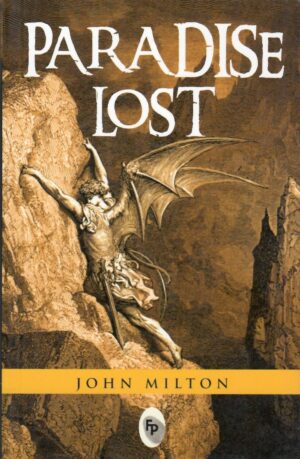 “Of man’s first disobedience, and the fruit

Of that forbidden tree, whose mortal tast

Brought death into the world, and all our woe,

With loss of Eden…”

Satan and his fellow rebel angels contemplate on corrupting God’s beloved new creation, Mankind. He volunteers and prepares to leave. His children − Sin and Death − build a bridge between Hell and Earth. And disguising himself as a cherub, he lands on Earth.

Adam and Eve, after a long day at work, are resting in their bower. And that’s when in the form of a serpent, Satan whisper’s into Eve’s ears. Tempted to eat from the forbidden Tree of Knowledge, Eve commits the sin.

And hence follows the Fall of Man…

Milton’s magnum opus, Paradise Lost, threads together two stories focused on different heroes-the half-heroic, half-evil charismatic Satan and the united Adam and Eve-skilfully balancing them. The epic poem continues to remain as celebrated. as ever.

Be the first to review “Paradise Lost” Cancel reply

Commentary on The Cockcrow: A Study Guide for Students

10 Strategies For Making Top Grades at the University

Excel! A Practical Guide to Studying and Passing Examinations