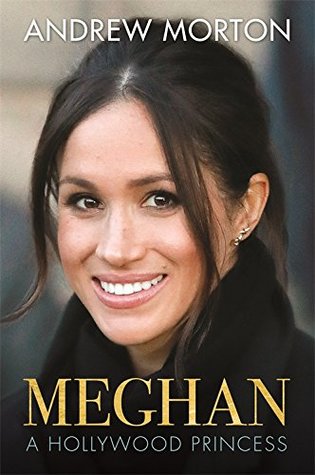 The first in-depth biography of the American actress and humanitarian campaigner who will marry Prince Harry in May 2018, written by the world’s best-known royal biographer.

When Meghan Markle and Prince Harry were set up by a mutual friend on a blind date in June 2016, little could they know that just sixteen months later the resulting whirlwind romance would lead to their engagement in November 2017 and marriage in May 2018.

Since then, our fascination with the woman who has smashed the royal mould has rocketed. So different to those coy brides of recent history, Meghan is confident, charismatic and poised, her warm and affectionate engagement interview a stark contrast to the stilted and cold exchange between Prince Charles and Lady Diana Spencer.

In this first-ever biography of the duchess-to-be, acclaimed royal biographer Andrew Morton goes back to Meghan’s roots, interviewing those closest to her to uncover the story of her childhood: growing up in The Valley in LA, studying at an all-girls Catholic school and her breakout into acting. We also delve into her previous marriage and divorce in 2013, her struggles in Hollywood, as her mixed heritage was time and again used against her, and her work as a humanitarian ambassador – so redolent of Princess Diana’s passions. Finishing with an account of her romance with Prince Harry, Morton reflects on the impact that Meghan has already made on the rigid traditions of the House of Windsor – not even Kate Middleton was invited to Christmas with the Queen before she had married her prince – and what the future might hold.

ANDREW MORTON is one of the world's best-known biographers and a leading authority on modern celebrity. His groundbreaking 1992 biography revealed the secret world of Princess Diana, prompting Tina Brown to declare in The Diana Chronicles, "The journalist Morton most reminds me of is Bob Woodward." Diana: Her True Story became a #1 New York Times bestseller, as did Monica's Story, Morton's portrait of the young woman behind the blue dress in the Clinton White House.

Be the first to review “Meghan: A Hollywood Princess” Cancel reply

Our Motherland – My Life