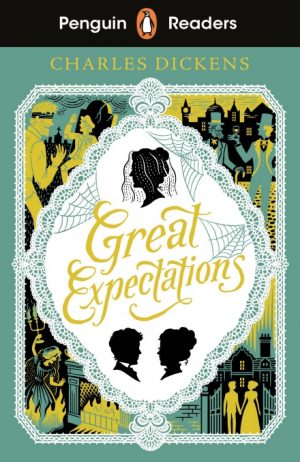 When the orphan Pip is taken to the house of Miss Havisham, he meets and falls in love with Estella. Estella is beautiful but cold and Pip decides that he will become rich so that he can marry her. Later he learns that somebody has given him a lot of money, but Pip does not know who this person is.

Penguin Readers is a series of popular classics, exciting contemporary fiction, and thought-provoking non-fiction written for learners of English as a foreign language. Beautifully illustrated and carefully adapted, the series introduces language learners around the world to the bestselling authors and most compelling content from Penguin Random House. The eight levels of Penguin Readers follow the Common European Framework and include language activities that help readers to develop key skills.

The Spy Who Came in from the Cold, a Level 6 Reader, is B1+ in the CEFR framework. The longer text is made up of sentences with up to four clauses, introducing future continuous, reported questions, third conditional, was going to and ellipsis. A small number of illustrations support the text.

The Hound of the Baskervilles (Penguin Readers Starter Level)