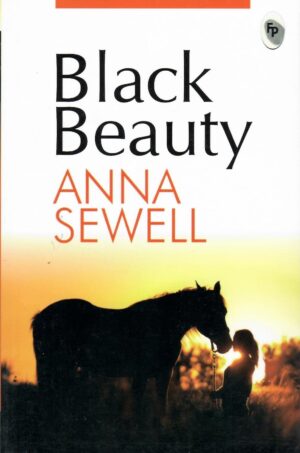 One of the first and still one of the best-loved animal stories, Black Beauty was first published in 1877, just a few months before author Anna Sewell’s death. Told in the first person, it is the autobiography of a horse, narrated by Black Beauty himself.

From his simple beginnings under the shady trees in the meadow, Black Beauty’s life takes many twists and turns–from a riding horse on a country estate to a cruelly mistreated cab horse on the busy streets of London, to his final years in happy retirement in the country. Black Beauty has many owners, some of whom treat him badly, but throughout it all he keeps his sweet temper and fine spirit.

Anna Sewell was a kind and generous woman whose great love for horses and desire to see them better treated resulted in the most celebrated animal story of the nineteenth century.

Born into a strict Quaker family who lived at Great Yarmouth in Norfolk, she was brought up to believe in the importance of self-reliance, moral responsibility and 'tender consideration for the Creatures of God'. From an early age she developed a strong love of animals and abhorred any form of cruelty towards them. She seemed to have a natural affinity with horses, and the great knowledge of horsemanship evident in Black Beauty was born from a lifetime's experience. Anna received her education at home from her mother, who as well as instilling in her a sense of duty and religion also filled the house with music, painting and poetry - she was herself an accomplished ballad-writer - and Anna soon proved a capable pianist and artist. When she was fourteen, Anna - who already suffered from a crippling bone disease - had a fall which left her an invalid for the rest of her life. By her mid-thirties she was no longer able to get around by herself and relied on a pony cart to transport her. Characteristically she never used a whip on her own horses, and one of her intentions with Black Beauty was to 'induce kindness, sympathy, and an understanding treatment of horses'.

Confined to her room through ill-health, Anna started writing Black Beauty in 1871 but later abandoned the project until 1876. Afraid that she would not live to see the book published she worked laboriously on it despite failing health. Her mother found a publisher for the book and a delighted Anna saw her work in print in November 1877. She died five months later and was buried at the family plot near Old Catton in Norfolk. What Anna did not live to see was the effect her 'little book' has had on the millions of people around the world who have read it. It has been translated into many languages and there have been several attempts at filming it. As Anna hoped, Black Beauty has exercised great influence on the treatment of animals, a fact highlighted by the Royal Society for the Prevention of Cruelty to Animals (RSPCA) recommendation of the book.

Be the first to review “Black Beauty” Cancel reply