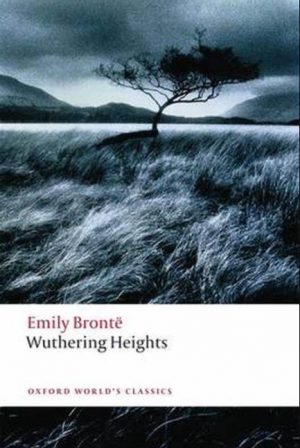 Wuthering Heights is one of the most famous love stories in the English language. It is also, as the Introduction to this edition reveals, one of the most potent revenge narratives. Its ingenious narrative structure, vivid evocation of landscape, and the extraordinary power of its depiction of love and hatred have given it a unique place in English literature. The passionate tale of Catherine and Heathcliff is here presented in a new edition that examines the qualities that make it such a powerful and compelling novel. The Introduction by Helen Small sheds light on the novel’s oddness and power, its amorality and Romantic influences, its structure and narration, and the sadistic violence embodied in the character of Heathcliff.

The volume retains the authoritative Clarendon text and notes, with new notes that identify literary allusions hitherto unnoticed. In addition, the edition boasts two appendices, one of which contains poems by Emily Brontë selected for their relevance to the novel, and a second which contains Charlotte Brontë’s “Biographical Notice of Ellis & Acton Bell” and “Preface to the New Edition.”

About the Series: For over 100 years Oxford World’s Classics has made available the broadest spectrum of literature from around the globe. Each affordable volume reflects Oxford’s commitment to scholarship, providing the most accurate text plus a wealth of other valuable features, including expert introductions by leading authorities, voluminous notes to clarify the text, up-to-date bibliographies for further study, and much more.