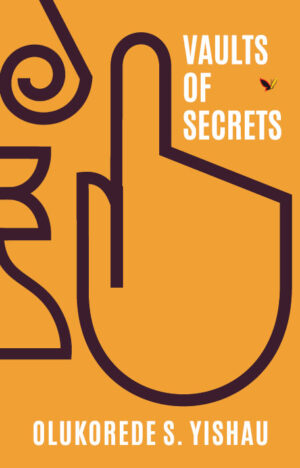 In one story, a conscience takes it upon itself to keep prodding its principal until she tells the truth about the paternity of her four children. In another story, a woman cannot live with the result of her promiscuous lifestyle. In the title story, Vault of Secrets, a man has a special gift of walking into places at the most inopportune times. In another story, a woman facing the death penalty relives the story of a friend who has already suffered the same fate. In yet another prison story, a man comes to terms with his complicity in activism gone wrong.

The stories in this collection flirt with the limits of freedom and bondage, they are a means with which Olukorede Yishau examines the nature of man and his ability to choose; more so man’s ability to live with the choice he has made.

Olukorede Sadiq Yishau is an Associate Editor with The Nation, a Lagos, Nigeria based newspaper, where he has worked for over a decade.

Yishau, who earlier worked as a journalist with The Source and TELL magazines, was in 2015 declared Columnist of the Year at the prestigious Nigeria Media Merit Awards (NMMA). That night he was also crowned NMMA Entertainment Reporter of the Year.

His poems were published in an anthology of poetry ACTIVISTS POETS edited by Tunde Oladunjoye in the late 90s. He writes a column ABOVE WHISPERS in The Nation every Friday.

In the Name of Our Father is his debut. He is concluding work on his second novel Like Someone Skating on Thin Ice.

Be the first to review “Vaults of Secrets” Cancel reply