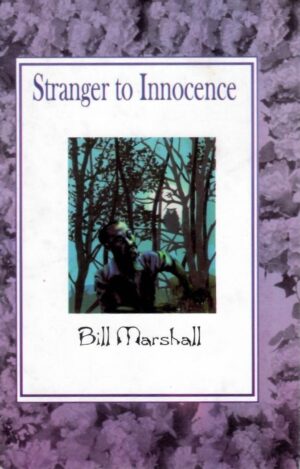 Stranger to Innocence – A Play

Stranger to Innocence – A Play

Stranger to Innocence is an intriguing short play, which treats the daily motions, frustrations, joys and aspirations of an African priestly family. This is the house where a stranger, Tawa, who has been fleeing from his own sins, seeks to find refuge. In the end, lessons of remorse and forgiveness are yet to be fully understood especially by young minds like Alaba, daughter of the priest.

The play exhibits the author’s artistic simplicity in the use of dramatic language, which has endeared this play to wide theatre audiences.

It is not surprising that it is popular among many drama groups and schools in the country.

Stranger to Innocence is one of Bill Marshall’s early plays, from which a lot of inspiration is drawn.

BILL MARSHALL is the recipient of several awards, both at home and abroad, for his creative pursuits both as a writer and a producer.
After his studies in the UK, he joined the Ghana Broadcasting Corporation-Television as a producer. From GBC-TV he joined Lintas Ghana for four years before establishing Studio Africain, of which he was the Managing Director.
He was appointed Director of the National Film and Television Institute (NAFTI), a post he held for twelve years before retiring.

Bill Marshall is a fellow of the Ghana Association of Writers (GAW) and the Pan African Writers Association (PAWA). Over the decades, his writings have been wide and diverse spanning film and television, radio, the press and books.

His published works include three plays: Shadow of an Eagle. Stranger to Innocence and The Son of Umbele and Bukom, a novel.

Shadow of An Eagle – A Play

The Marriage of Anansewa – A Play

The Prince and the Slave – A Play