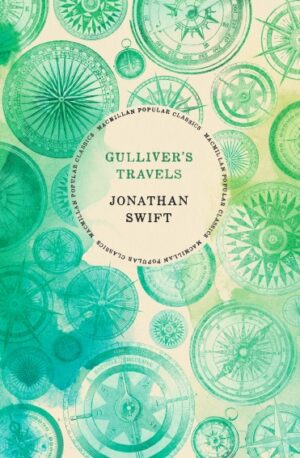 Jonathan Swift’s masterpiece, Gulliver’s Travels, is arguably the finest satire in the English language. Lemuel Gulliver’s adventures with the tiny inhabitants of Lilliput and the giants of Brobdingnag are familiar from modern abridged adaptations, but the scientists and philosophers of Laputa, the intelligent, horse-like Houyhnhnms and the bestial Yahoos in this unabridged edition, provide further opportunities for Swift to satirise society in a manner just as relevant today as it was in the eighteenth century.

Jonathan Swift was an Anglo-Irish satirist, essayist, political pamphleteer (first for Whigs then for Tories), and poet, famous for works like Gulliver's Travels, A Modest Proposal, A Journal to Stella, The Drapier's Letters, The Battle of the Books, and A Tale of a Tub. Swift is probably the foremost prose satirist in the English language, and is less well known for his poetry. Swift published all of his works under pseudonyms — such as Lemuel Gulliver, Isaac Bickerstaff, M.B. Drapier — or anonymously. He is also known for being a master of two styles of satire; the Horatian and Juvenalian styles.