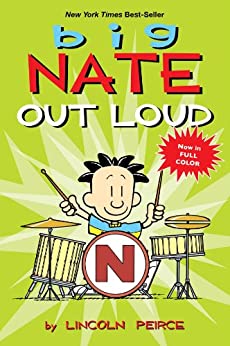 Soon to be an animated series with Paramount+ and Nickelodeon!

In this follow up to New York Times best-seller Big Nate: From the Top, eleven-year-old Nate Wright is living OUT LOUD and he wouldn’t have it any other way!

Even though his friends won’t let him be the lead singer in their band, Nate continues to rock. He’s a superstar of the comics pages and of the best-selling series of Big Nate books and he’s a big hit with kids everywhere. This collection features full-color daily and Sunday strips that originally appeared in newspapers.

Be the first to review “Big Nate: Out Loud (Big Nate #2)” Cancel reply