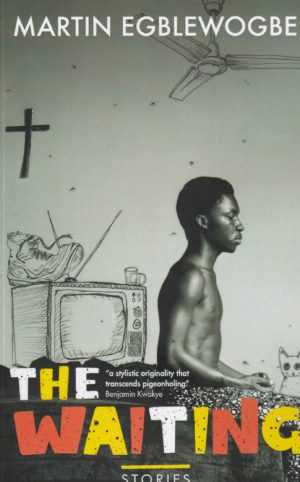 A largely allegorical exploration of the loneliness of an existence based on an alien world-view, Martin Egblewogbe’s The Waiting is a collection rooted in metropolitan Ghana, but its primary territory is the human mind. Juxtaposing his training as a physicist against his curiosity about local myth, he creates a universe that’s both entertaining and erudite. In A Photograph of K & S, Smiling, a completely self-obsessed man, returned home after his father’s death, attempts to explain away his unremarkable life based on one perceived slight from his youth; in The Gonjon Pin (title story for the 2014 Caine Prize anthology) a genius working on a program to predict lottery numbers is stumped by the appearance of an intruder’s disembodied genitals on the wall of his computer engine room; The Making, Rain and Back to the Halls explore futility in different ways, while Atta explores life after death – a theme that reoccurs in a much bleaker guise in The Crwoling Caterpillar. Often Kafkaesque in its isolation of characters and a pervading sense of powerlessness, The Waiting nevertheless maintains a constant hum of humour, nowhere more so than in The Going Down of Pastor Mintumi – in which a pastor who has discovered the pleasures of the flesh late in life overindulges with hilarious consequences. The title story, The Waiting, is judgement day in a twisted mind, filled with the kinds of questions that haunt a life on earth, which, ultimately, is the quest of all art.

Martin Egblewogbe was born in Ghana in 1975. He has a Ph.D in Physics and works at the University of Ghana, Legon where he is a lecturer in the Department of Physics. He enjoys writing short stories and poetry in his spare time and has contributed to several anthologies.

Martin currently lives with his wife and two children in Accra. Martin Egblewogbe’s stories and poetry have appeared in newspapers, anthologies, and several works of his are available online. A number of his stories have won awards and commendations.

Be the first to review “The Waiting” Cancel reply

Kenkey For Ewes And Other Very Short Stories

Nearly All The Men In Lagos Are Mad (Pre-Order)

African Violet and Other Stories: The Caine Prize for African Writing 2012

Voices that Sing Behind the Veil: Anthology of Short Stories from Africa and the Diaspora (Hardcover)

To Kiss A Girl

Betrayed By The City