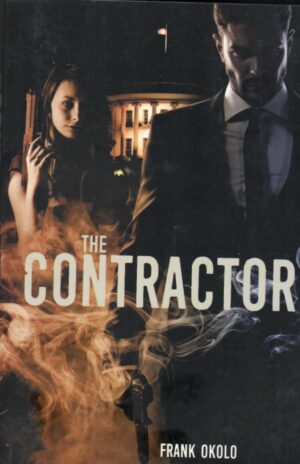 For your eyes only.

A jihadist group in the Middle East teams up with rogue Russian generals to take out a sitting United States president whose policies threaten a major shift in global nuclear power. They must stop him, even if that means assassinating the president and destroying that symbolic edifice of American power, the White House.

They send in a specialist, Nabil Hamdoon, a.k.a. The Contractor. He has a 100% mission success rate.

NSA, DHS and the FBI pick up chatter but are clueless in the mad scramble to locate and neutralize the Contractor as he spreads mayhem and death across Illinois, Maryland and the District of Columbia. He looks set to accomplish his mission as an increasingly desperate FBI and Secret Service dog his heels.

Could one woman stop him?

Frank Okolo has been an avid airplane pilot for four decades, including the last 33 years as an airline pilot. He has a Bachelor's degree in English Literature from Bradley University in Peoria, Illinois, and obtained his flying licenses and type ratings from various fixed base operators and schools in the USA, and the United Kingdom. He has 20,273 , mostly on jets such as the Boeing 737NG, B-737-CL, EMB-190, MD-82, DC-9, BAC1-11, DHC-6, and corporate jets including the Challenger 601/604, and BAE-125. He is the author of 'One Thousand Days in the Sun' and 'The Contractor'. He parlays his knowledge of flying in the complicated airspace around the nation's Capitol in weaving The Contractor's gripping plot.

Be the first to review “The Contractor” Cancel reply