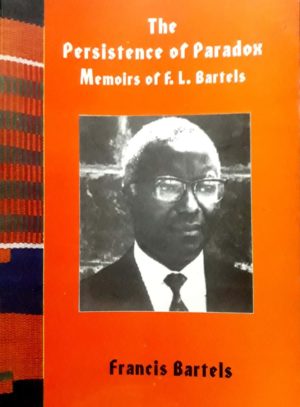 The Persistence of Paradox: Memoirs of F.L. Bartels 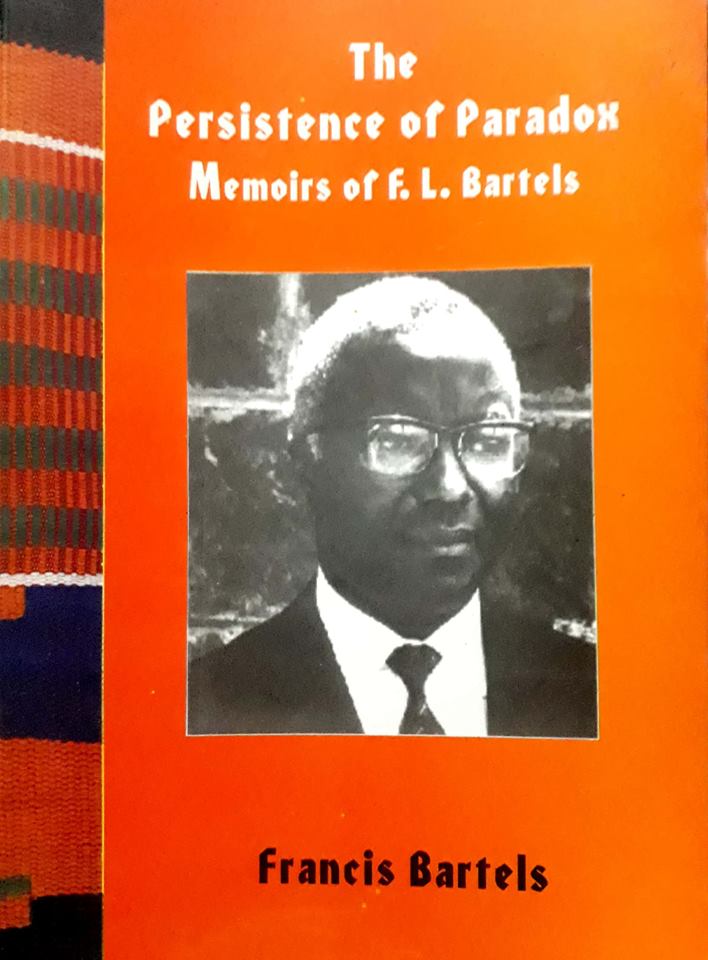 The Persistence of Paradox: Memoirs of F.L. Bartels

Francis Bartels is a man of many, many parts. As Headmaster of one of Ghana’s great schools, he was wisely strict and strictly wise. This excellent book shows that he has stamped his personality on fields as far apart as educational policy, linguistics and diplomacy. Yet he is also a romantic, a humorist, a family man, as well as a keen analyst of his origins and ancestry.

Perhaps there is a certain Dutch caution in his committee work and strategic statements at educational conferences. Perhaps there is also a profound desire for order and purpose, and a liking for a job well done, which pays tribute to his German forebears. It certainly paid off at his beloved school, Mfantsipim, where Kofi Annan, current UN Secretary-General, was once his pupil.

Perhaps there is a recognizable Englishness in Francis Bartel’s affability, his dislike of tyranny, and his respect for those fraternal connections which lighten the load of educators and administrators across the world.

There is clearly beauty and lucidity in the prose that he uses to describe the paradoxes encountered in a long life full of varied achievements. He was honoured by the United Kingdom that helped to educate him. He was welcomed across Africa and the United States of America as a speaker on education at all levels. He was appointed as a high-ranking staff member of UNESCO and as his country’s Ambassador to the Federal Republic of Germany.

Thus, Francis Bartels is that admirable product of the twentieth century — a citizen of the world. In his fascinating story, we see him employ all the skills and qualities mentioned above to ensure his survival in various challenging environments. And this, he will agree, is firmly rooted in h is Africanness which is inspired by his abiding vision of excellence.

Be the first to review “The Persistence of Paradox: Memoirs of F.L. Bartels” Cancel reply

A Journey Through Careers: Health Science

Komla Dumor: In His Element (Hardcover)