Log In
View cart “The Assassin (Isaac Bell #8) – Hardcover” has been added to your cart. 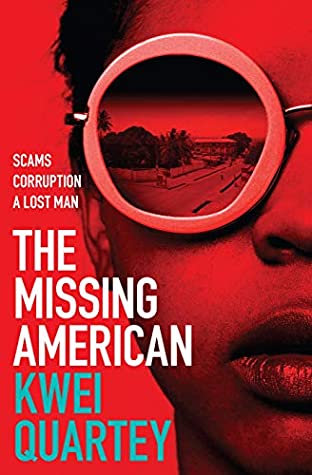 When her dreams of rising through the police ranks like her late father crash around her, 26-year-old Emma Djan is unsure what will become of her life in Accra. Through a sympathetic former colleague, Emma gets an interview with a private detective agency tracking down missing persons, thefts, and marital infidelities. It’s not the future she imagined, but it’s her best option.

Meanwhile, Gordon Tilson, a middle-aged widower in Washington, DC, has found solace in an online community after his wife’s passing. Through the support group, he’s even met a young Ghanaian widow he really cares about, and when her sister gets into a car accident, he sends her thousands of dollars to cover the hospital bill—to the horror of his only son, Derek. When Gordon runs off to Ghana to surprise his new love and disappears, Derek chases after him, fearing for his father’s life.

The case of the missing American man will drag both Emma and Derek into a world of sakawa scams, fetish priests, and those willing to keep things secret through death.

Kwei Jones-Quartey was born in Ghana, but is now based in Pasadena, California. He is a crime fiction writer and physician. Having practiced medicine for more than 20 years while simultaneously working as a writer, he has attained noteworthy achievements in both fields. Dr. Jones-Quartey balances the two professions by dedicating the early morning hours to writing before beginning a day in his clinic.

He attended medical school at Howard University in Washington, D.C. In 1990, he began practicing medicine in California with HealthCare Partners. Dr. Jones-Quartey later founded the facility's wound care center while working as an urgent care physician. He maintains his ties with Ghana and visits frequently.

Be the first to review “The Missing American (Emma Djan Investigation, #1)” Cancel reply