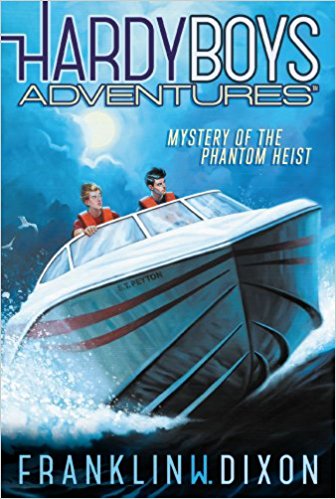 Franklin W Dixon
Age Range: 8 – 12 years
In this second book of a fresh approach to a classic series, Frank and Joe track down violent pranksters. Rich girl Lindsay Peyton is throwing the biggest and best Sweet Sixteen bash that Bayport has ever seen. But her party planning is off to a bad start when Frank and Joe discover that someone has keyed her very expensive car–an early birthday present–and has put the mean prank up on YouView.

Soon after the prank goes viral, a group calling themselves the Scaredevils begin to film themselves committing acts of violent vandalism around town. Broken windows, Dumpster fires, and more threaten the security of Lindsay’s party–and of Lindsay herself.

Frank and Joe are determined to figure out who is the mastermind behind the videos before Lindsay’s Sweet Sixteen turns into a party she will never forget…for all the wrong reasons.

Who Told the Most Incredible Story: Vol 4 – The Spread of Wisdom and Other Stories